The Pros and Cons of Quartz Countertops 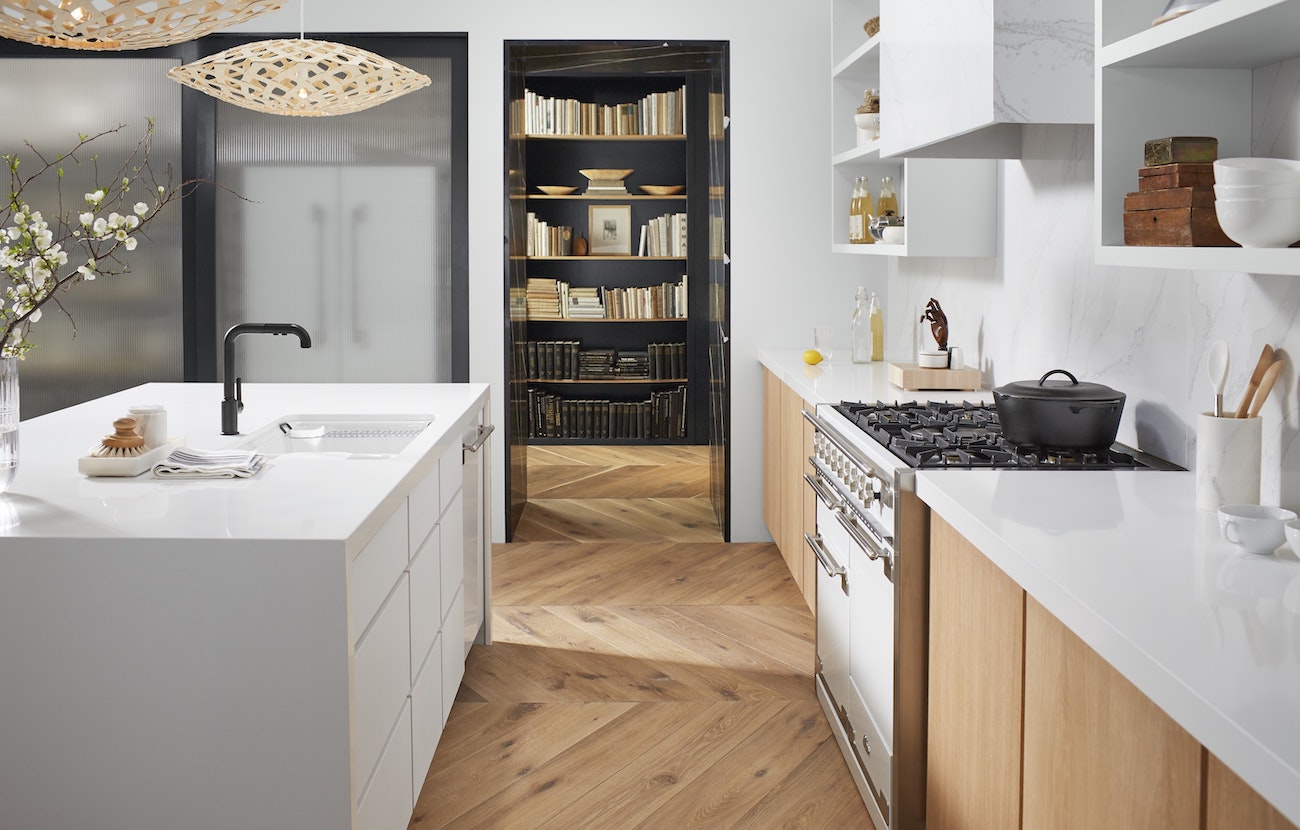 A beautiful all white kitchen has become the most aspirational design for residential home. One important feature of the kitchen is the countertop, think about it, how often do you use it? Well, probably frequently as it affects the overall functionality of a home.

Popular shows on HGTV such as Fixer Upper, Love It or List It and Flip or Flop have inspired people to redesign their kitchen to create an inviting and airy space. These TV shows have displayed quartz countertop in several all-white kitchen designs. As a result, quartz has overthrown granite in popularity as it is more user friendly. It also has a variety of colors, textures and patterns but white quartz is the most popular.

Jenn Feldman an interior designer is thrilled with the “aesthetic choices available” because “it allows us to control the overall color and texture throughout the design process”.

So, what does Jen mean by control the color and texture? Quartz countertop is a combination of natural quartz and synthetic polymer resin. Depending on the manufacturer, the percentage of quartz may vary between 90 to 94 percent, which leaves about 6 to 10 percent to the synthetic material.

There are different types of crushed synthetic materials that may be used including solid surface, laminate, granite, marble, as well as, industrial scraps such as glass, silica, mirrors, and ceramic. These materials are what makes the patterns, textures and colors in a quartz countertop.

Would you like to save the environment by reducing waste? Well  quartz is the answer. For an environmentally conscious individual, the recycling of countertops and industrial waste shows that it has a positive impact on the environment.

Well, there is a lot to be said about the term quartz countertop, some professionals argue that because it doesn’t consist of 100 percent of the natural material like granite, so an appropriate term to describe it is “engineered or compound stone”.

Believe it or not the technology to create quartz has been around for years, in fact, the equipment was developed over 50 years ago in northeast Italy by the Breton company. The original concept was to manipulate polymers through the extraction of air, use of heat and reshaping techniques to ultimately mimic natural stone.

This method became trademarked by the Bretonstone company, the founders of the technology, which they share with popular engineered stone manufacturers such as Silestone, Cambria, Caesarstone and Consentino.

It truly “is stain resistant” says Sarah from Sarah Joy blog, “I’ve spilled just about everything on these tops including coffee and they do not stain at all, even though they are white.” Below is an image of Sarah’s kitchen and her white quartz countertop.

A significant part of a purchasing decision is the benefit associated with the product. Quartz countertop is generally deemed superior to granite because it is low-maintenance, specifically, the fact that it requires no sealing. This feature makes it appealing to families and a busy household.

Regular cleaning of the countertop is advised, however, homeowners are informed to avoid using harsh cleaning agents or scrubs that may scratch and remove the binding agent.  A great characteristic of this countertop, is that it is non-porous, which is due to the polymer resin which eliminates any gaps that could be potential home for bacteria making this countertop antimicrobial.

Liz says “I’ve had mine for about three years now and wouldn’t have anything else. I chose white with a grey vein to achieve the marble look. I had real marble in a previous home it is a nightmare. Also have quartz in two bathrooms and they don’t stain with constant water mess.”

Considered a premium purchase due to the cost, some manufacturers sell quartz for about $60 to $90 per square foot. This is due to the complex technology required to create the engineered stone.

I think it also depends on the location, as Sharon Blaustein of B Interiors in New York says “the cost of quartz ranges from $80 to $140 per square foot”.

Hot surfaces are generally a huge concern when it comes to countertops, as for quartz, several manufacturers have recommended using a soft barrier between the hot surface and the countertop to prevent any scorch marks.

Carrie Dion a kitchen designer attended several Silestone events 10 years ago, these events aimed to educate designers on the durability of the product, she says “the white tops needed to be put to the test. We literally put hot burning coals from a wood fireplace on a white sample and no mark!!”

If a scorching hot pot is placed on the countertop and leaves a burn mark, get the assistance from a quartz manufacturer who will sand down the surface to remove the stain.

Quartz is a fantastic countertop that won’t go out of style because it caters to busy households. It has increased in popularity due to its durability. Options such marble and granite are considered high maintenance because they require regular sealing. Quartz requires no sealing because it is man-made, unlike wood or laminate it is non-porous which prevents any potential spread of germs in the kitchen. Considered an engineered stone, quartz is a high-end product that has a variety of texture, patterns and colours to suit any design style.

The Pros and Cons of Quartz Countertops

A beautiful all white kitchen has become the most aspirational design for residential home. 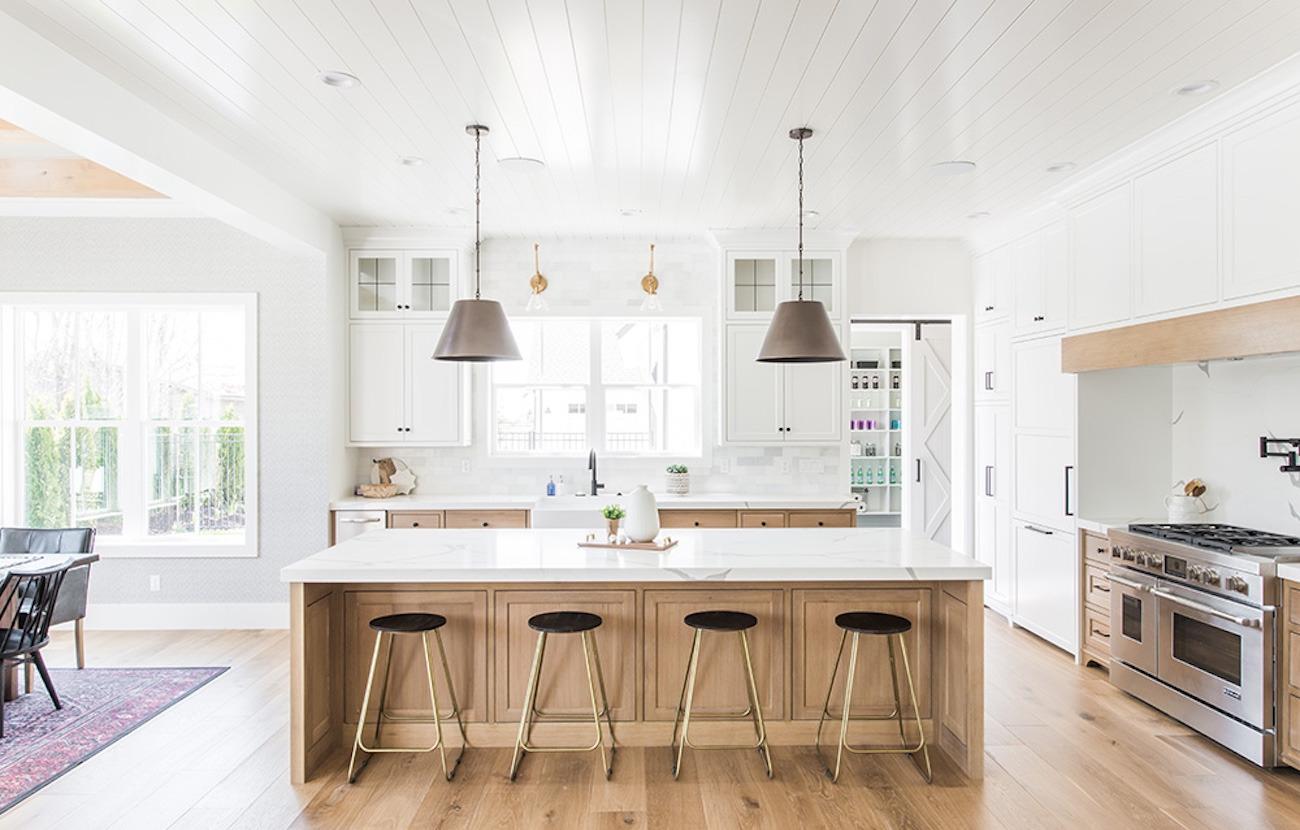 What Is Trending In Kitchen Design

Striving for a Pinterest worthy kitchen? Let’s guide your project with some fun design ideas.

Get a free quote

Thank you! Your submission has been received!
Oops! Something went wrong while submitting the form.